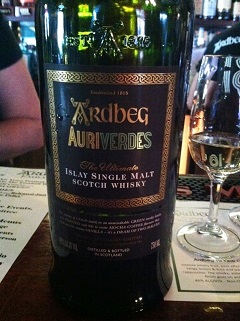 Reader Lyle is a member of the “Ardbeg Committee” and as such has the opportunity to attend special events thrown by Ardbeg (anyone can join here).

Most recently, they’ve been hosting Ardbeg Days across the country and Lyle attended one near where he lives in Oregon City. The closest one to me is in New Jersey, which is several hours away, and with two small children I doubt my lovely wife would take kindly to me running off to attend a scotch tasting four hours away!

Lyle, however, did us the kind favor of writing up this little tasting note about what he enjoyed at a most recent Ardbeg Day. He tried the 10 Year, the Uigeadail, and their new release, Auriverdes.

Take it away Lyle!

Ardbeg is busy hosting Ardbeg Days at various locations across the country. If one is an Ardbeg “Committee Member” then one is invited to the special events. If you are not a Committee Member, you are welcome to attend, but finding out about the events is more difficult.

I was lucky to be able to attend the Ardbeg Days events at the Highland Stillhouse in Oregon City. I started off with a tasting of three Ardbeg whiskies; the 10YR, the Uigeadail, and the new Auriverdes, which has not yet been released to the general public.

It was the excitement of tasting the new Auriverdes that drew me to the event.

This is what I discovered.

The Ardbeg Auriverdes is 49.9% ABV and is a light golden color.

My nose picked out the oak, vanilla, and lemon scents.

During the taste, I could pick out the oak, vanilla, and the charcoal peat, which was not as strong as I anticipated.

As for the finish, it starts off strong in the charcoal peat flavor, but quickly diminishes.

Still, I found the Auriverdes quite acceptable and I would consider this whisky to better than Ardbeg’s 10 YR, but in my opinion, below the Uigeadail. I hope to have a bottle on my shelf in the near future, for further analysis. 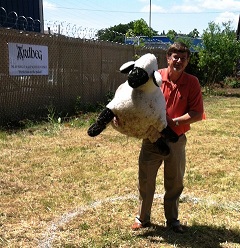 The Ardbeg Days event was not just about having a dram or two of fine scotch, but also participating in the games that were scheduled into the afternoon. There were 10 events including the Peat Bog Goal Kick and my favorite the SHEEP TOSS.

All had Scottish theme and the results were recorded on a score card. Participating in the games were more fun than I anticipated it would be, but after a few games, it seemed that taking a break to have another dram was well earned.

I had no doubt that my performance in the games would put me out of the prize category, but that never bothered me. It made a great fun filled day and the games added to the overall event.

Furthermore, it was a loud event as a pipe band consisting of three drummers and two bagpipes began provided the musical entertainment. No not outside, but squeezed into the wee pub. And I thought pipe bands were loud at the Highland Games!

How often do you get a wee dram with a bagpipe playing three feet away! The next best thing to being in Scotland!

Sounds like a tremendously fun event! I’m glad Lyle was kind enough to share his experience with us! 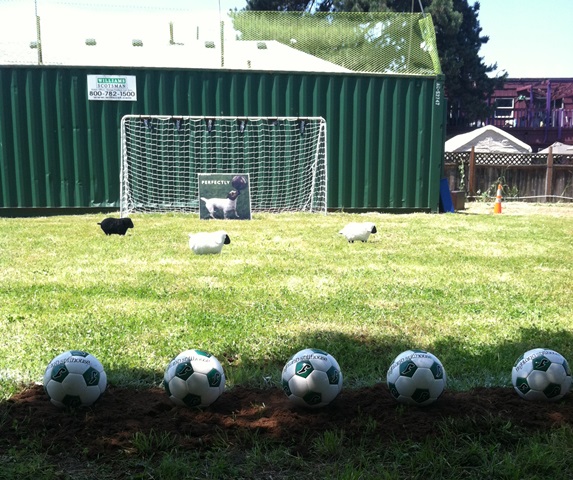