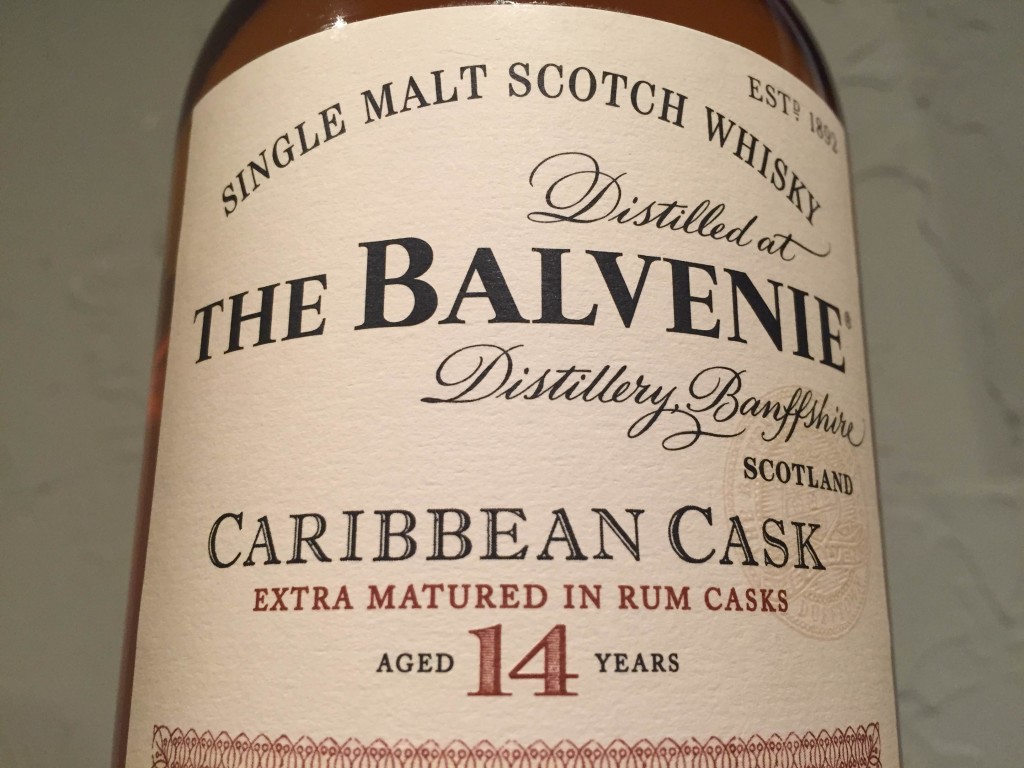 My lovely wife and I play this fantastic game where she will pour some scotch in a glass and I will drink it.

The game is actually that I try to guess what she poured. At any given time, I’ll have about a dozen bottles open and sometimes I remember what I have open, sometimes I don’t.

Tonight, she stumped me when she poured me some Balvenie Caribbean Cask, a bottle I forgot I opened. What really threw me off was the color, it’s a lot lighter than I expected. Not yellow, like a lot of Irish whiskies, but it wasn’t a dark amber – so I started thinking it was going to be Laphroaig (based on color and what I thought I had open). That’s what caught me off guard because it had no smoke and was nowhere near Islay (or Skye/Talisker). It was too dark and the nose of vanilla and fruit, a marked absence of any floral note, meant it wasn’t an Irish whiskey.

Once I ruled it out I went to Speyside. At this point, I forgot what I had opened and so I had no idea and had to surrender.

Balvenie Caribbean Cask. HA – she got me.

I took another sip… could I tell? It was just so complex and had a bunch of different flavors I didn’t recognize together. The 12yo DoubleWood doesn’t have this much flavor, my memory of it (it’s been a bit since I tried it) was that you had vanilla and brown sugar. There was also fruit to it, but it was all much lighter and easy. And it makes sense, because Caribbean Cask is only finished in Rum casks.

Here’s a fun aside, I also have the Balvenie 14yo GoldenCask, which was their travel retail version, and it is a precursor to the Balvenie 14yo Caribbean Cask. I still have some in a bottle and here’s a side by side comparison of just color: 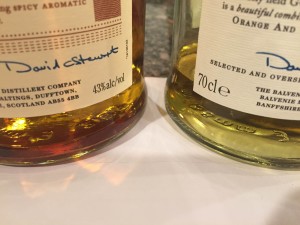 In terms of flavor, the GoldenCask had more citrus and fruity notes, more spice and chewiness – the Caribbean Cask seems to be more delicate despite being darker.

I can find it locally for around $60, which is about ten dollars more than DoubleWood, and seems like it is price reasonably. What I need to do is try this head to head avainst the Balvenie 12yo Single Barrel (similar price) to see which I’d prefer to spend my money on. 🙂