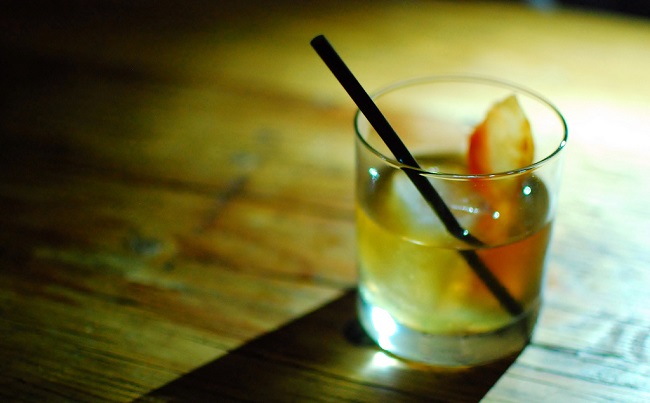 My brother-in-law loves an Old-Fashioned cocktail.

Ever since seeing its resurgence in popularity on Mad Men, he’s been mixing them whenever we get together and he’s turned me into a convert. It’s got

The best part about his recipe is that he uses Canadian Club, as Don Draper does in the show, and despite the affordable selection, the drink comes out delicious. Other times he’s made it with Bulleit or another rye whiskey and each time it’s been great.

Here’s the recipe he uses:

He puts the sugar cube in the glass and puts a few dashes of bitters and a small splash of water. Add in the orange peels and muddle it with a wooden muddler. Swirl the mixture along the walls of the glass. Drop in an ice cube or two and then pours in the whiskey.

There are other variations of the recipe but that’s the basic gist. Some suggest topping it off with soda water though he’s never done it. Others say you can use bourbon instead of rye whiskey (lots of bourbon has rye in it so this makes sense).

You can play with the different components, adding more or less bitters or adding different citrus (lemon is a common one), but the basic idea is still the same. You have a sweet (sugar cube) and bitter drink that’s accentuated by the rye whiskey.

Garnish with a cherry if you’re feeling particular fancy. 🙂