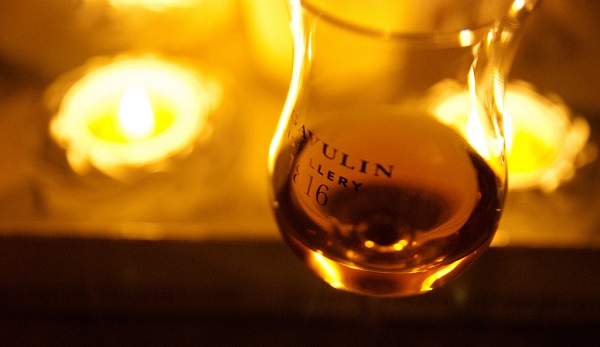 When I first started drinking whisky, I’d pour it into a glass with some ice.

(for those who gasped, it wasn’t scotch at least!)

I’d always seen it enjoyed that way in the movies so that’s how I did it.

It wasn’t until later that I realized how much I was missing by putting it in a glass with ice.

You see, not only was the water diluting the spirit but by changing the temperature of the whisky, I was affecting how my taste buds were perceiving them. A study back in 2005 revealed that temperature affects our taste buds.

The science of it might be difficult to follow but basically the colder something is, the less sweet, umami and bitter tasting it will be. Warm it up and any existing flavor will seem magnified, since the cold isn’t affecting our taste buds. That’s why melted ice cream tastes so sweet.

By adding ice, you are reducing how sweet your whisky might actually taste! (in addition to diluting it!)

What if it’s too strong? In the beginning, when you first drink whisky, it’ll be strong. The alcohol vapor will singe your nose hairs, the alcohol will burn your throat, and you’ll consider it an awful experience. It’s a rite of passage, especially since the first whisky you’ll have better be a terrible one. 🙂

In the beginning, drop a little water in it.

Water will lower the percentage of alcohol and quiet the “noise.” It’ll let you taste the more delicate flavors. It’ll “open” up, to use a fancy term.

I don’t ever recommend ice, it’s simply too much.

Eventually, you’ll want your whisky neat and sometimes it just takes a little training to get there.

13 thoughts on “Why I Enjoy My Whisky Neat”