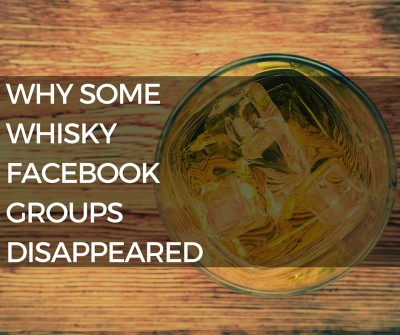 When I was a kid, I used to collect comic books, baseball cards, and all the other fun toys kids my age collected. I told my mom that they would be worth a lot one day!

Now I am hardly the collector, there are many in our Facebook group, with massive and very impressive collections.

With the advent of Facebook groups, it’s far easier to find other collectors like yourself and build your collection for those rare bottles you’ve always been looking for. One day I’ll pick up something distilled and bottled in 1980, the year I was born, but I probably shouldn’t wait too long… the price will only go up!

The interesting thing is that anyone who sells alcohol without a license is breaking both state and federal law. The Facebook groups that facilitated the transactions weren’t breaking the law but the people doing the selling were.

Two big groups on Facebook, Bourbon Exchange and Strong Water Trading were shut down recently. They were probably the most prominent of the groups where buying, selling, and trading were happening and overnight they disappeared. Many other less prominent ones were also deleted, most without warning, and the survivors are clamoring to change their names as to avoid detection. I first learned about it from one of our own Facebook group members, Allen, because he posted that we don’t buy, sell, or trade on the group. (and we don’t, never will and never have)

I kept it that way not because I was cognizant of the law but because I didn’t want anyone to get scammed through the group! By keeping it to enthusiasts only, we could share ideas, thoughts, and experiences without having to wade through the usually offers of this rare thing and that.

There are a lot of conspiracy theories floating around too. The disappearance of whisky groups coincides with the disappearance of popular cigar trading groups and gun groups, so some speculate ATF is involved. Just a couple weeks ago there was a NY Times article about Facebook groups and guns, which strike me as a far more serious issue, but could’ve brought the bright light of the law into the darker parts of Facebook.

If your favorite group has been deleted without warning, it’s probably because Facebook thought there was buying and selling. We don’t do either and welcome you with open arms!