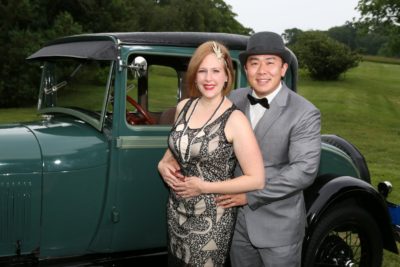 Don’t we look fine and fancy???

A week or so ago, I attended a local county (Howard County) historical society event called the Great Gatsby Summer Soiree – it was a chance to get dressed up in 1920s garb, drink some adult beverages, smoke some cigars, and take in the beautiful sights of western Howard County. The event took place at a wonderful estate called Oakdale Manor (also known as Governor Warfield Mansion) and we had a great time enjoying games of chance, costume contests, and of course the adult beverages!

One of the fun events was a whisky tasting, hosted by Whiskey America, and we had a chance to sample four Maryland whiskies: 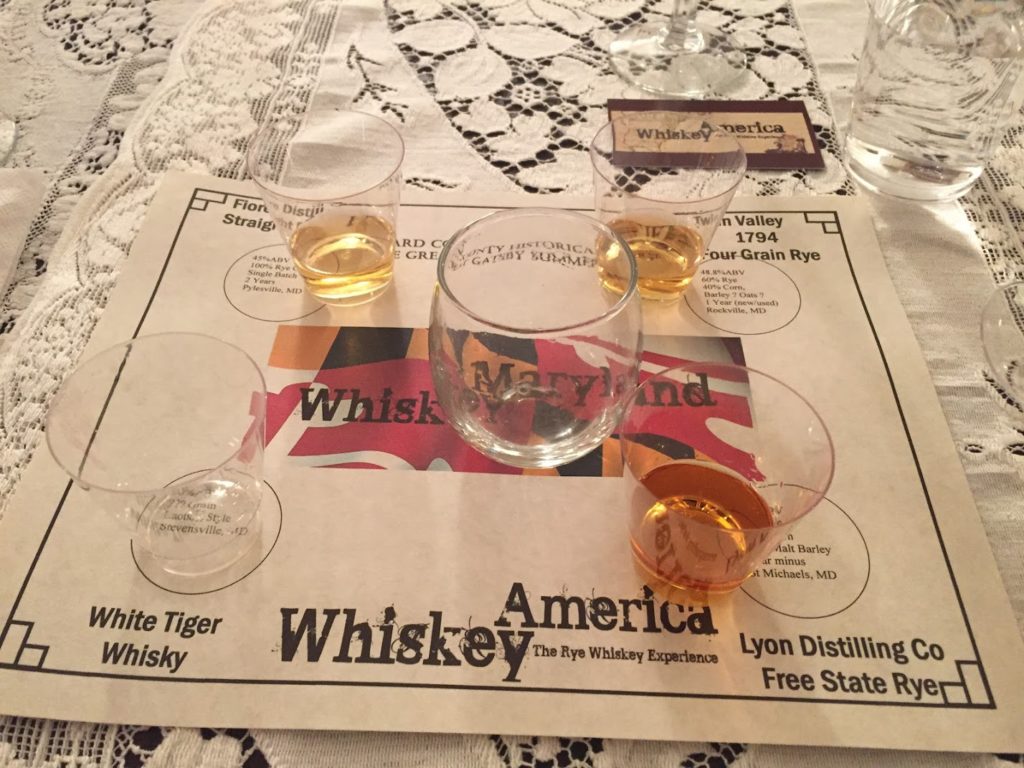 The most interesting one of the batch was White Tiger Whisky – it’s made with 100% rice. It nose reminded me a lot of the grain alcohols my grandfather and dad used to drink, a very strong alcoholic profile with a touch of sweetness unlike anything in bourbon or other whiskies. It was a lot of fun to sample because you got a bit of the oak maturation character mixed in with an alcohol from a totally different product.

The owner/founders of White Tiger Distillery (Itsara Ounnarath) and Lyon Distilling Co (Ben Lyon) were both present, though I only had a chance to chat with Itsara.

Of the other three, there wasn’t anything that jumped out of me with one exception — Lyon Distillery. Maybe it was because it was last, maybe it’s because one of the founders was present, but I really enjoyed the story behind the company (bootstrapped, he’s a tinkerer and experimenter, and a big focus on quality and craft). The whisky itself was delicious, nice balance of rye and corn and was a nice way to round out the evening’s tasting.

The evening was a great time, it was wonderful to support a great cause (the Howard County Historical Society), and we even managed to win the costume contest! 🙂