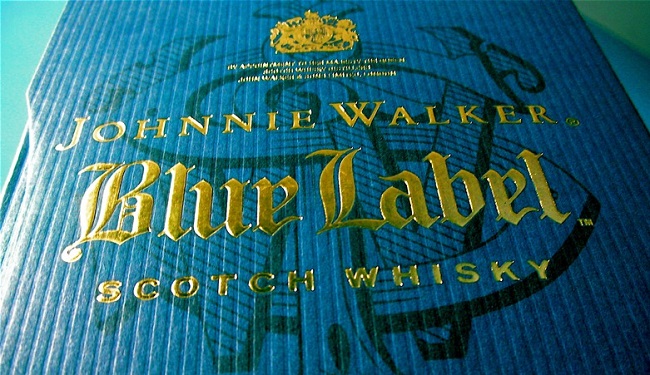 Find any random person off the street and ask them what the most expensive bottle of scotch is… chances are they will say Johnnie Walker Blue. It’s well known, it’s generally well regarded, and people know it’s expensive.

Heck, walk through any duty free store and chances are there will be a huge display dedicated to JW Blue. You can thank the marketing power of Diageo for that one.

As a gift, you can’t go wrong. Your recipient will know what they’re getting and they’ll be very thankful.

But is it worth it to buy for yourself at home?

Ehhh… that’s a tough one.

Johnnie Walker Blue is just so expensive. Around here, it clocks in around $180 plus tax for a 750ml bottle.

The price kills it for me. $180 for 750mls puts this into strict indulgence territory. The Macallan 18 is around $170 for 750ml, also an indulgence, but is a single malt that claims an age – eighteen years.

Dollar of dollar, I think I’d rather have three bottles of something in the $50 range than one bottle in the $150 area.

Funny story, I was on the Most Precious Tour at Macallan and we sampled a Macallan 25 (I think, the list price was £321). It was delicious. It was smooth. It was also three times the price of a Macallan 18.

So I asked the tour guide what he thought and he gave me this argument – would I prefer one bottle of 25 or THREE bottles of 18? The answer is clear.

I feel the same way about JW Blue. It’s nice, for sure, but it’s not so much better that you’re getting good value per dollar out of the deal.

For how much it costs, the scores and awards aren’t really all that impressive.

I pulled these scores from the BevMo! website, a popular West Coast retailer:

Whisky Advocate doesn’t score Johnnie Walker Blue (it does score the Anniversary at 95, but that’s a $3500 bottle!), so we’re at a loss in terms of scores. For what it’s worth, Double Black scored a 90.

Say what you will about scores but it seems like there just isn’t much coverage on Johnnie Walker Blue. Does that mean it’s bad? Not necessarily but it was a little surprising after I did some digging.

Let’s look at awards then. At the 2013 San Francisco World Spirits Competition, Johnnie Walker Blue scored “only” a Gold Medal. A Gold Medal is second only to a Double Gold, of which 45 were awarded in 2013.

There was a Johnnie Walker that won Double Gold? Double Black, which will run you around $35 a bottle. They are two totally different spirits in terms of design and intent. That said, Double Black gets some great scores and it’s much much cheaper.

What do you think about Johnnie Walker Blue? Is it worth the price tag?

60 thoughts on “Is Johnnie Walker Blue Worth It?”