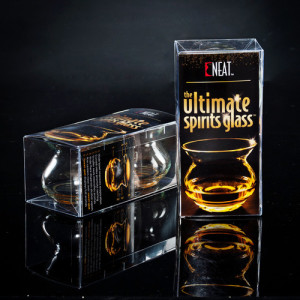 The first time I tried whisky, it was in a standard rocks glass.

Straight sides, wide opening, plenty of space for an ice cube or three (though I didn’t put one).

If you had asked me, back then, if I thought the glass made a difference I would’ve probably said no.

Over the years, I’ve come to appreciate the shape of glassware and it’s impact.

I’ve enjoyed whisky in the well-known Glencairns, I own several Reidel Vinum single malt glasses, and sometimes I like the fun and feel of a rocks glass.

One glass that has gotten a lot of publicity, is used in judging competitions, but hasn’t yet appeared in my hands?

The claim to fame of the NEAT glass is that its shape removes the nose burn from the alcohol in whisky. By dissipating the nose burn, you’re able to better identify and enjoy the subtler flavors.

I was sent a pair of NEAT glasses and in just my first time trying them out, the claim that it allows the alcohol to dissipate is legitimate.

The next step was to do a head to head to head with the glasses I have. I put the NEAT glass up against a Glencairn, a Reidel Single Malt glass, and your standard festive “help you through the holidays” rocks glass. 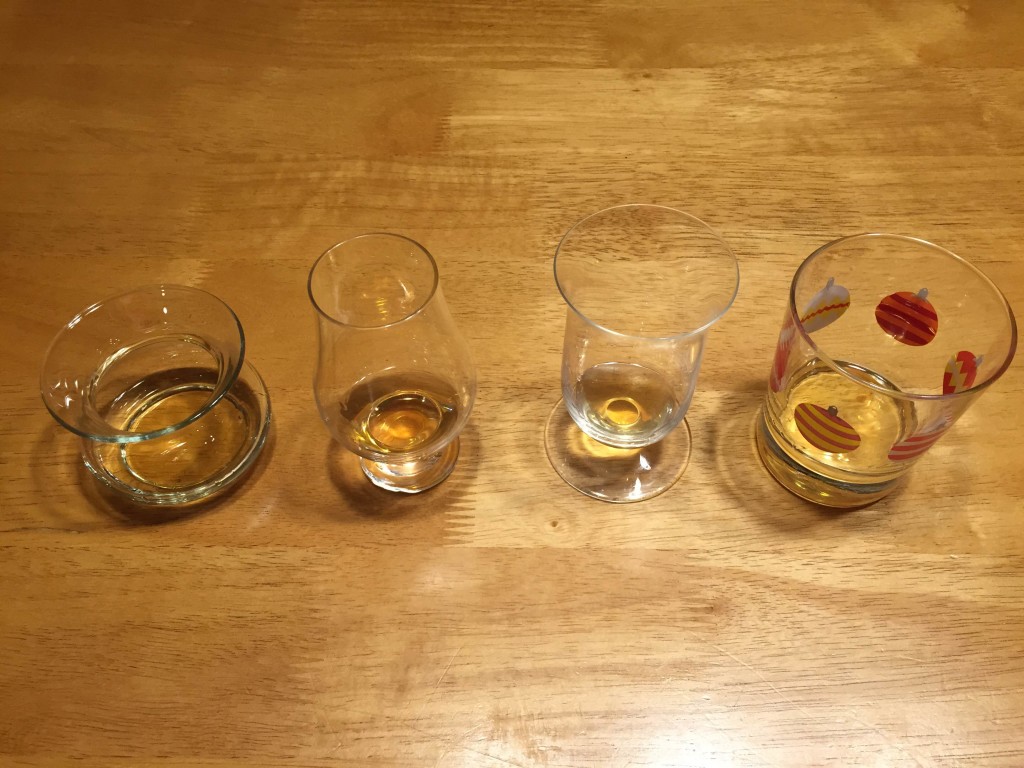 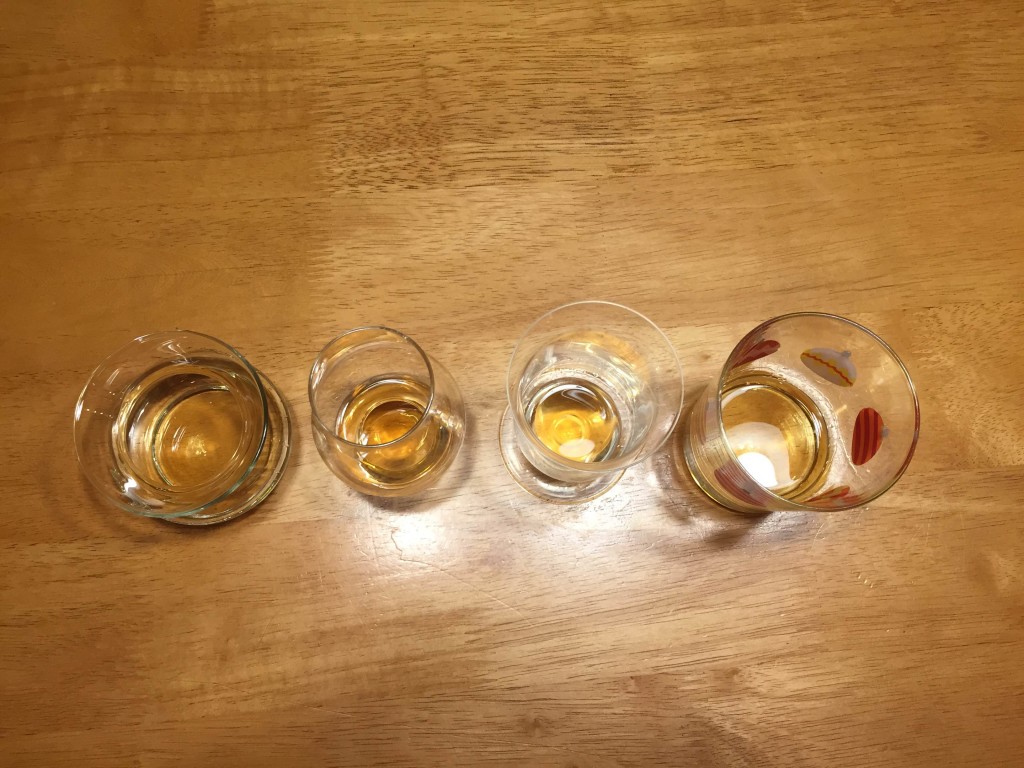 A shot of the glasses from above, to give you a sense of the relative size of the opening

The whiskey in the glass is a Templeton Rye. A relatively simple dram, from a nosing and palate perspective, not a ton of depth, but you could really tell glassware made a difference.

Rocks Glass: The opening is too large, alcohol could dissipate but so could most of the complex flavors and scents. Now that I know what it’s like head to head, I will not be drinking whisky out of a rocks glass again. This was eye opening to me and surprised me the most.
Reidel Single Malt: This glass has a similar opening, which had the same effect of dissipating some of the alcohol. Not nearly as much as the NEAT glass, but the opening is not as pronounced.
Glencairn: You get everything. Nothing escapes you, alcohol included. I’m used to it and so I’m able to enjoy the complex flavors underneath the alcohol, but when you nosed it side by side, you really can tell the difference.
NEAT: Similar to the Reidel Single Malt, in that alcohol is dissipated, and the complex flavors shined. I think it’s because the glass is shorter, so you’re able to get your nose closer to the spirit… but there’s a marked difference.

OK, Templeton is fine, not all that exciting, but I wanted to start somewhere.

Did things change when I put something with a little more depth? I put in some Laphroaig 10 and that’s when the glass made a difference. The notes about the Glencairn and Rocks glass still hold true, the difference between the Reidel and NEAT was far more pronounced. Perhaps even an order of magnitude.

One thing that takes a little getting used to is how it opens up at the top. Most glassware tapers and it actually focuses the liquid for easy delivery, by having it open out it’s a little when you pour water out of a vase, if that makse sense.

What about this sweet spot? The opening of the glass is much wider than others and so is the potential “sweet spot” for nosing. It’s actually not directly in the middle of the opening, it’s off to the side about halfway between the mid-point and the edge.

Not surprisingly, it’ll be where your nose is if your lips are on the glass. (unless, of course, you have a massive head… mine is 23.25″ in circumference as reference)

Is it worth it? Yes. It does what it says it does and it’s reasonably priced. A pair is available on Wine Enthusiast for $24.95. A pair of Glencairns will run you around $16-18 so it’s comparably priced with what is seen as the gold standard. A pair of Riedel Vinum Single Malt Whiskey Glasses, which offer similar “performance,” is near $50.

I’ve often said that drinking whisky, whether it’s a single malt or not, is like listening to an orchestra. At first, you hear the sounds in harmony and as a song. As you experience more, you are able to pick out different instruments as you go searching for them. If you’ve never heard a violin, it’s very hard to pick it out of the cacophony.

The NEAT glass, and the Reidel single malt glass, simply takes the drum corp out of the band. It’s easier to hear the flutes if you don’t have to fight through the heavy thump of the drums.

The Glencairn is still going to be my favorite glass because you get everything – flute, violin, and the drum corp. You get that alcohol burn and you’re force do fight through it to get the subtler flavors. But sometimes you don’t want to do that, sometimes you want to explore a new dram without the confusion. The NEAT glass softens the drum corp so the other instruments can shine.

×
Want a free scotch gift guide?
(and updates from the blog?)
We'd like to send you our whisky lover's gift guide, which can help you find the perfect gift for the Scotch lover in your life!