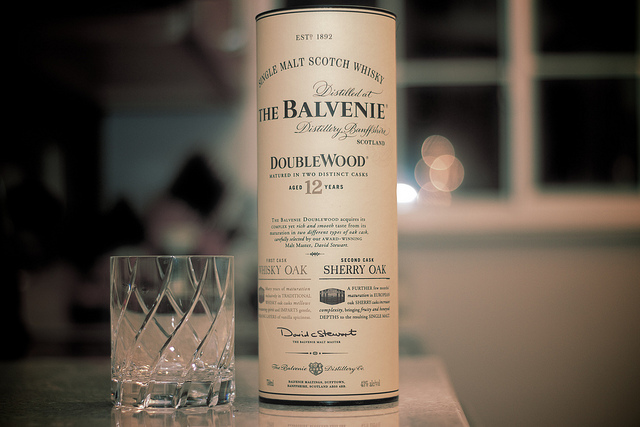 Whenever a friend who doesn’t drink a lot of Scotch finds out I have a blog about Scotch, they want me to help them get into it.

I’m all for being an ambassador! But rather than repeat myself over and over again, I thought this blog post could do the repeating for me.

For picking your first, or picking a first for a friend, it’s valuable to know their preferences as compared to other beverages.

If they’re a fan of whiskey to begin with, you’re basically 95% of the way there because, as you know, Scotch is whisky produced in Scotland! I know a lot of people who love Bourbons because it’s relatively cheap (being made in the US means you avoid a lot of taxes!) without sacrificing much in the way of quality. Bourbon is sweeter because of the higher sugar content of corn and so a nice introduction would be something on the sweeter, fruitier, floral side of the Scotch spectrum.

The same logic could be applied to gins and vodka, which differentiate themselves from one another based on those fruit and floral notes. Rums are often sweeter too since it’s made from sugar/molasses. Skip the islands, where you get more smoke and medicinal flavors from the phenols.

At this point, it sounds like anything you could possibly think of them liking points you towards Speysides/Highlands and away from Islays and the Islands. Well, if they’re a fan of craft beer, do they prefer hoppy beers like IPAs? Or wheat beers? Or do they enjoy them all?

If the answer is IPAs, like Dogfish 120 Minute IPAs and 90 Minute IPAs (IBUs of 120 and 90 respectively) then you might introduce them to an Islay. Islays have a powerful flavor profile because of the phenols and they won’t be put off by it.

The goal with picking the right first bottle of Scotch for someone new to Scotch is to make sure it’s a gentle introduction. It’s a first date, not a proposal. So it’sa bout finding something that closely fits what they enjoy and then let the experimentation come after.

The three factors I think about

I like to break it down into several factors:

Overall Flavor Profile
As mentioned earlier, I like to match it with something they already enjoy. This is where your experience will have to come into play – based on what you know, try to match them with a Scotch production area that meets the general profile. From within that area, you can pick a distillery you’re familiar with.

The major areas are Lowland, Speyside, Highland, Campbeltown, and Islay. My basic rule is that if they like fruity and floral, go with Speysides and Highlands. If they like a bit of punch, a campfire-ness, go with an Islay.

As an aside, these rules are very very general. Not all Speysides are the same, just as not all Islays are the same, but I use these shortcuts because they’re good enough. For example, pop open a Highland Park and you’ll get a little bit of smoke despite it being a Highland.

On Finishes: Finishes are tricky for a first bottle because they’re often more expensive (more on price later) and they introduce characteristics that can be fun, especially if your friends enjoy the other finish. For example, I love port so Laphroaig Cairdeas was a great bottle for me but it vaguely resembles a Laphroaig. I would hold off on a finish until later with the exception of sherry oak.

Try to stick with the 40-43% ABV standard and avoid any cask strength expressions.

Give them a beverage that’s 58.5% abv (Macallan’s Cask Strength) and you’ll likely burn their taste buds off.

Macallan 18 YO is a good Scotch, you can ask anyone regardless of their preferences, but how does it compare with a Glenmorangie 10? Glenmorangie 10 is a perfectly fine whisky, I enjoy it often and I love their line of finishes to boot, but it doesn’t compare. It can’t compare. Glenmorangie 10 costs only $37 while Macallan 18 costs a whopping $180. It’s like pitting the a AAA baseball team against a Major League team – it’s just not fair.

And it’s not fair to your friend! He or she has now sampled this awesome Scotch, now loves Scotches, but everything he or she will buy that’s not $180 a bottle will taste bad by comparison.

It’s better to introduce them to a $37/btl dram and then move your way up the price spectrum so they can appreciate it properly.

These recommendations are based on my experiences but also what I think is widely available and easy to get.

If your budget is the lowest of the named single malts, which is around $35-45 a bottle, then the best introduction is the $40 per bottle Glenfiddich 12 YO. Glenlivet 12 is nice too but the spicy finish might put someone off and have them mistaken the spiciness for high alcohol content.

Interestingly enough, if my memory serves me correctly, my first bottle of Scotch was actually a Balvenie DoubleWood 12. It’s a 12 YO that’s finished in ex-sherry and ex-bourbon barrels and very affordable, very tasty, and already breaks the guideline I mentioned in the section on finishes! (Heck, I might as well really break the rule, if your friend is a fan of sweetness, give Auchentoshan Three Wood a try… it’s pricier, more like $60-65 a bottle).

If they want to know what smokiness and peatyness is, go with a Laphroaig 10 YO (~$50). You have smoke and peat but it’s not overwhelming if you like that sort of thing (if you don’t, it is overwhelming). It’s not as medicinal as a Lagavulin and not nearly as peaty as Ardbeg, so you have a sense of Islay without being overwhelming in any one area.

If they want smoky but are a little scared of an Islay, Highland Park 12YO (~$50) is a nice compromise. It’s like a richer floral sweetness with smoke, without the smoke being dominant and pushing everything else out.

What’s your recommendation for a “first bottle” of Scotch and why?

4 thoughts on “Picking Your (Friend’s) First Bottle of Scotch”