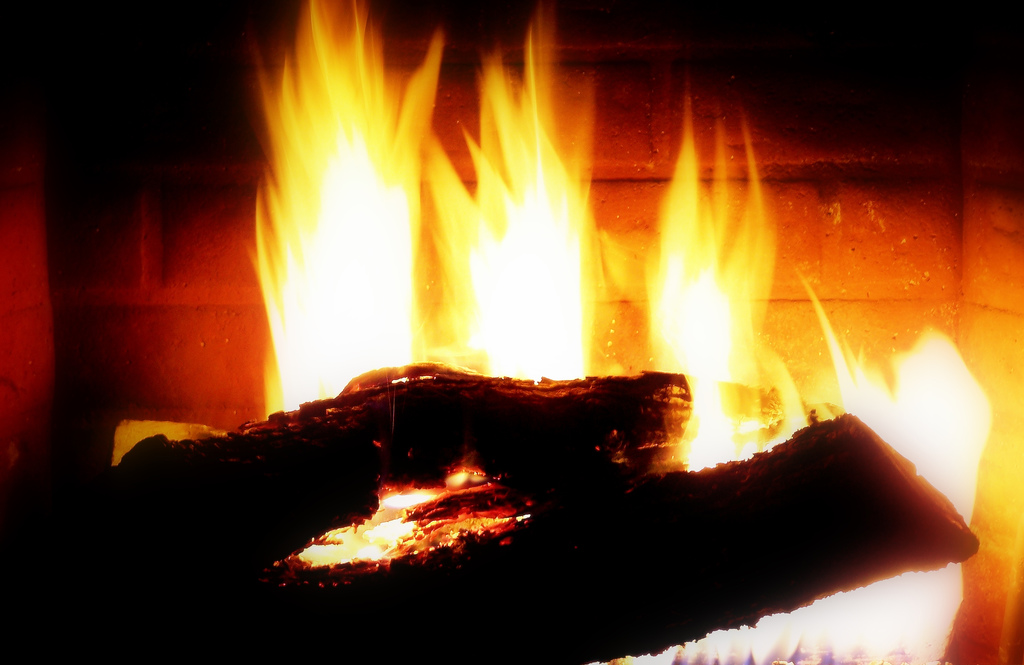 I absolutely love sitting in front of a roaring fire on my comfy leather couch, a dram of whisky in my hand and a few hours to rest and relax. There’s something about flickering of the flames, the hint of firesmoke complementing the whisky, and having not a care in the world… for at least a few hours.

If you have a fireplace and haven’t yet enjoyed the marriage between a fire and whisky, you’re missing out. Starting a fire doesn’t have to be hard and it doesn’t have to take a lot of time.

First things first, let’s get your fireplace and chimney ready for a fire.

The key to a successful fire is to have seasoned wood. Seasoned simply means it’s been sitting around for 12-18 months and had a chance to dry out. If it hasn’t had a chance to season, if it’s “green” wood, then your fire will have to work even harder to stay at the right temperature. The heat is being used to boil and “dry out” the wood, which is heat it can’t be used to keep you warm or maintain itself.

Each pound of wood generates the same amount of heat, hardwoods are simply denser and thus contain more heat. This makes sense because all wood is the same chemical composition, some woods are simply denser. If you’re not using a fireplace for heat, and it’s mostly for fun and looks, a denser wood means you have to add fewer logs and can enjoy the fire longer. (fireplaces aren’t great heat sources anyway)

If you can find dogwood, holly, birch, oak, hickory, apple, or maple – you’re in pretty good shape. Here’s a list of firewoods and their BTUs, just to get an idea.

If you’re out collecting wood, be sure to collect a decent amount of kindling too. You’ll need this to start a fire.

My favorite way to start a fire is known as an upside down fire, which I was turned onto by Tim Ferriss. The premise is simple, take large logs and layer the bottom of your fireplace. Put smaller logs and put those on top of the larger logs. Follow that up with kindling and leaves and newspaper, basically anything easily combustible. He used firestarter squares or sticks, that’s the best alternative if you don’t kindling.

The idea behind this is that the material burning at the top will burn into embers. Those embers just burn onto the layer below. Hot embers resting on dry wood is a recipe for more fire. Your layers must have no gaps for the embers to fall through, so pack them in tight.

The hidden benefit to this strategy? No maintenance.

Here’s a video about it:

In fact, you shouldn’t do anything to it because it manages itself and you’ll just mess it up. 🙂