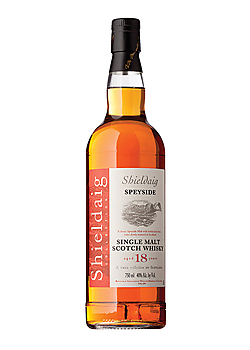 It’s very difficult to mass categorize the wonderful spirits of Scotland’s myriad collection of distilleries but if one were forced two, the easiest buckets to put them in are based on smokiness. On one side, we have the heavily “peated,” smokey stylings of Scotch produced on the island of Islay. On the other, we have absolutely no smoke and no peat and the most popular area for that is a toss up between the Highland region and Speyside.
END_OF_DOCUMENT_TOKEN_TO_BE_REPLACED

Did you know that there hasn’t been a new distiller in Scotland in over 30 years?

That’s why it’s such big news that Diageo has opened a new distillery in Speyside to produce more of their blended Scotch whiskies – Johnnie Walker, Buchanan’s, Old Parr, and J&B. I’m not myself as big a fan of blended whiskies as I am of single malts, though I do enjoy the occasional blend from time to time. The facility cost £40 million, three years, and is located at Roseisle on Speyside with fourteen copper stills and an annual product capacity of 10 million liters. It’ll be one of the most environmentally sustainable distillers with most of its by-products recycled on site. Expect the taste the whisky it produces in 2012.

[Slide 6 of the Slideshow]

Time has an incredible slideshow looking at the art of coopering at the Speyside Cooperage. If you aren’t familiar with the term, a cooperage is where whisky casks are made and the art of coopering is the craft itself. On a recent trip to Scotland, my wife and I tried to visit the Speyside Cooperage but arrived after it closed so this slideshow is the next best thing. 🙂

If you fancy another Time article, here’s a good one titled Whisky Business worth a look as well.