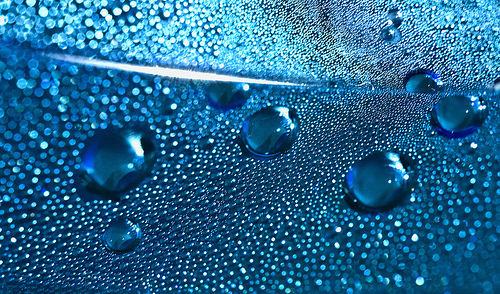 Think about the last time you took a cold soda or beer out into the warm air. After a minute or so, the outside was covered in condensation right? That’s because the temperature of the can was lower than the outside air and the condensation you see is the moisture of the air.

The same principle works in reverse. The moisture inside the bottle, from the air and the liquid, is coming in contact with the bottle neck, which might be colder because of the ambient temperature. So from time to time, due to temperature fluctuations, condensation will occur inside a bottle.

Now the question is whether this is good or bad for the whisky.

Generally speaking, you won’t notice and it probably won’t matter.

If the bottle is sealed and there’s condensation inside, I’d check the seals to make sure that they’re still sealed. Cork will dry, seals are imperfect, and condensation might be an indication that the seal isn’t perfect.

Don’t worry if it isn’t perfect, you now have an excuse to drink it. 🙂

5 thoughts on “Should I Worry About Condensation in a Whisky Bottle or Decanter?”