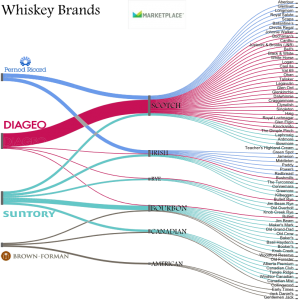 American Public Media’s Marketplace created an interesting graphic last week, a chart that shows which conglomerate owns which whiskies. Knowing what I do about whiskies, it’s obvious that they started the chart with the four big companies on the left (Pernod Ricard, Diageo, Suntory, and Brown-Forman) and simply listed their owned brands on the right.

How about William Grant & Sons? Owners of Glenfiddich and Balvenie, two of my favorites. (can I get some love for the Balvenie DoubleWood?)

Oh, and let’s not forget the enormous United Spirits Limited, which is Indian based, and owners of The Dalmore, Jura, and Whyte & Mackay.

Finally, how they built the chart is also why you don’t see a lot of independent brands on the right, companies like D Johnston & Company (owners of Laphroaig) and

That said, this trend of big conglomerates buying up smaller companies (or simply merging with other large companies) is not unique to whisky. Or beverages. 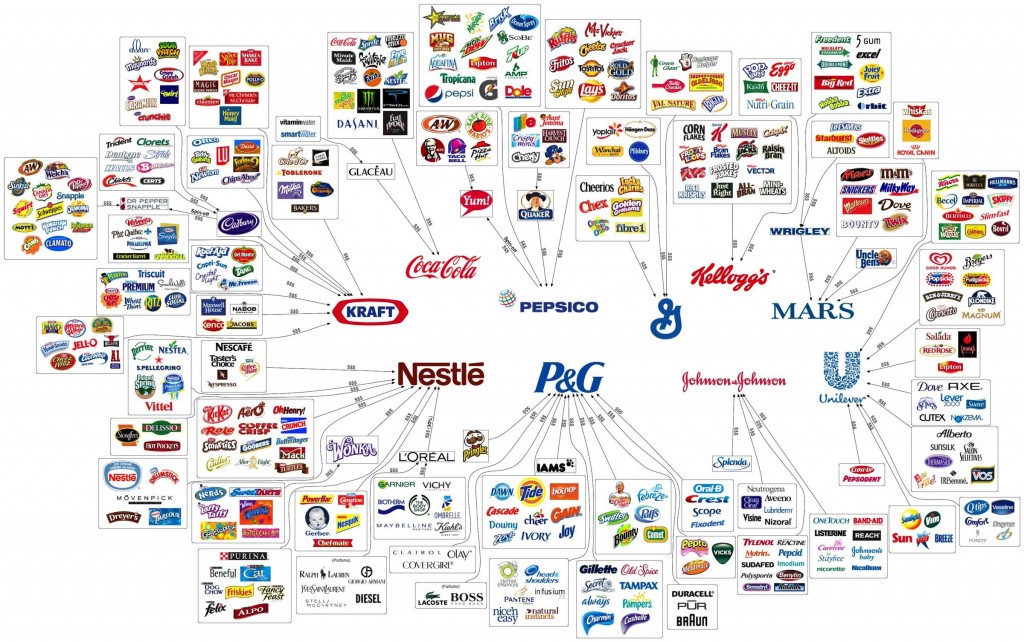 Personally, I have no preference. I like what I like and I’ll continue to buy more of it, whether they’re independently owned distilleries or ones owned by conglomerates. I’m pretty sure I have a bias towards the whisky distributed by conglomerates because that’s simply what I’m able to find in stores in the United States.

If you have a favorite “small” distillery not (yet) owned by a conglomerate, let me know in the comments!

4 thoughts on “Who Owns What in Whisky”