What if I told you that a whisky distillery was going to market a bottle of scotch without showing you what it looked like, without offering up any tasting notes, and going so far as to “black out” the bottle so you didn’t know what you were getting? You’d probably call them a little crazy right? Now let’s say that they put no age statement on it, limited it to 3,500 bottles, and put it up for sale for $150. You’d probably have them committed.

I was sent a small sampling of Glenlivet Alpha, in this nice little blacked out bottle, and I was surprised how much I liked the bottle. It’s really not that much different than when many famed Islays put their scotch in dark green bottles, hiding their pale yellow spirit, but there’s just something really sexy about this matte black bottle. (And if you think about it, Glenlivet comes in green bottles too) 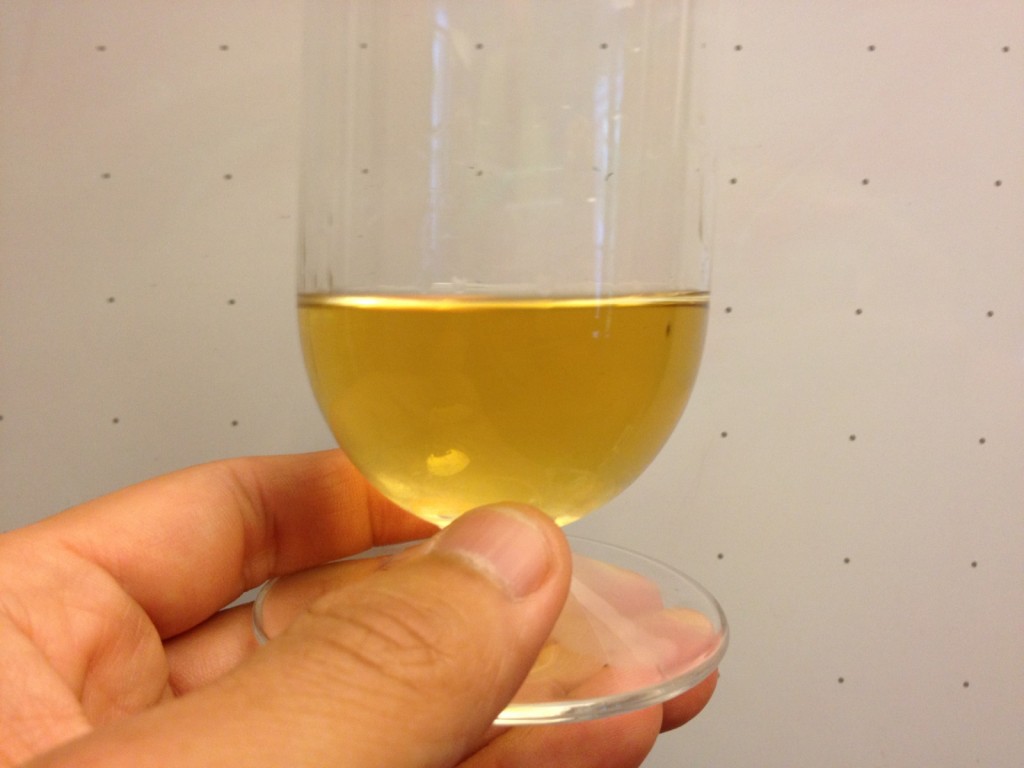 Color: A rich, slightly light, golden color.
Nose: Grassy, sweet citrusy and floral notes. Definitely some vanilla and coconut hidden in there.
Palate: Wow. This is strong, but I should’ve known since it says 50% ABV right on the label (I didn’t even see it), but I get citrus all the way.
Finish: It has a slight bite because of the 50% ABV but not the spiciness/pepper of the Glenlivet 12 but smoother. It lingers pleasantly and has great mouthfeel, which definitely stands out.

Overall, I very much enjoyed the dram (and am still enjoying it as I write this) though I’m skeptical at the price. I realize it’s a limited release, so it’ll command a premium, but is it 2x good as Glenlivet 18? I think it is but part of that is because of the mystery and because of the fun of it. After one bottle, assuming you could even get a second, would you go with another Glenlivet Alpha or buy two Glenlivet 18’s? That’s the real question!

So I thought that the big reveal was going to be at the end of June but it’s actually happened today. Alan Winchester, Master Distiller of The Glenlivet, revealed his notes in a video released on YouTube. I didn’t watch it prior to trying it, so I’ll let you decide how close I came:

What surprised me was that Glenlivet Alpha is matured in first-fill Scotch casks. Most scotch is matured in casks once used for Bourbon or Sherry (and then sometimes “finished” in a cask used for something else, like port or some other dessert wine). Winchester explains that the limited run was limited because of the casks – there simply aren’t many of these types of casks available, which doesn’t surprise me.

If you get a chance to try it, take advantage, you won’t regret it. I’m sure glad I was given the opportunity! 🙂