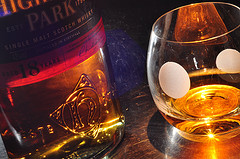 If it’s sealed and kept in the right conditions, it could (theoretically) last forever. In fact, famed explorer Sir Ernest Shackleton abandoned an Antarctic expedition in 1907. That expedition included several bottles of Mackinlay’s and three were discovered over a hundred years later after sitting in -30 degrees Celsius. They were recovered (and replicas were made) so if you can keep it at -30 Celsius, presumably it would last over a hundred years!

While I wouldn’t try it, the key to keeping your whisky safe is to avoid light, temperature, and air (oxygen specifically).

Light is not good for any spirit, which is why so many beers are bottled in brown or green bottles, so you want to keep it out of the light whenever possible. If you have a dark room, that generally will suffice, but a cupboard or cabinet is best. You want to avoid leaving it in direct sunlight. Ultraviolet light destroys tannins, which aren’t present in a high quantity in whisky but are still there (they actually come from the cask).

Air ends up being your biggest enemy. So we have two things to consider with respect to air. First, when storing whisky, always store it standing up. The cork can dry out, which is why experts recommend storing wine on its side, but the high alcohol content of whisky can eat away at the cork. The cork can also impart unpleasant and undesirable flavors into the whisky, obviously bad, and also allow more air in during storage.

Second, most experts agree that if you have less than half the bottle left, you should finish it within 1-2 years. If you have a quarter left, finish it within 3-4 months. The oxygen in the air oxidizes the whisky, which can impact the flavor.

If you want some help, give me a call. 🙂

114 thoughts on “How Long Will an Opened Bottle of Whisky Stay Good?”