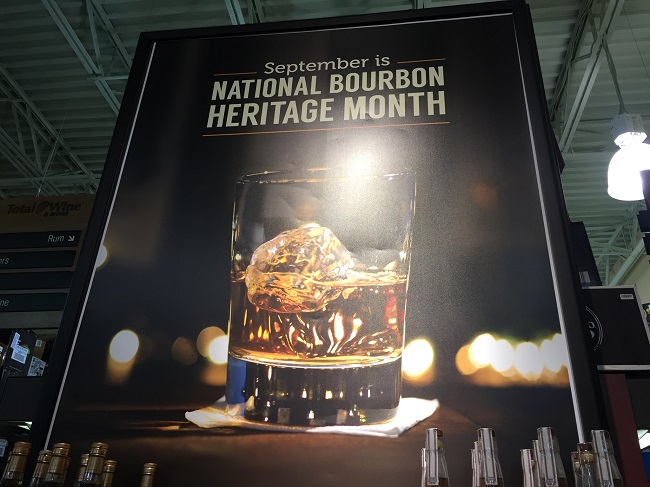 Did you know that September is National Bourbon Heritage Month?

In celebration of this wonderful month, I thought I’d share my favorite bourbons.

I only started enjoying bourbons within the last few years, so my evolution in enjoying this fine domestic product is still very very young.

I love scotch but we aren’t married. I can love bourbon too. 🙂

What I enjoy most about bourbon, besides the much lower price (it’s domestic, so none of those pesky import duties and fees), is that you can play around with the mashbill. It’s another factor you can adjust to get the flavors you want. With single malt scotch, it’s 100% malted barley. With bourbon, it’s 51% corn and the rest is up to you. While there are several tried and true ratios, in theory you could do anything.

Here they are and since I’m a novice, most are generally available in your corner store. I haven’t gotten into more boutique, smaller batch stuff.

Years ago, my friend Dave gave me a bottle of Basil Hayden as a gift and it really opened my eyes to how good bourbon could be.

Until then, I had the somewhat snobbish impression that bourbons were cheap for a reason (they are, but not for the reason I thought). When I had Basil Hayden, it changed my perception. Gone were the memories of doing shots of Jack Daniel’s and Jim Beam back in college. In its place, a sweet peppery flavor that has a depth you can only appreciate if you sip it.

My first ever scotch was Glenlivet, which has a spiciness to it, and so this bourbon was a nice little reminder of Glenlivet (on that score) but still 100% bourbon with the sweetness from the corn. I think it helps that its aged quite a bit so it’s smoother and it’s bottled at 40% abv.

When I had it a few more times, trying Single Barrel and Small Batch at other points, I really started to appreciate the richness behind the sweetness.

I looked up the mashbill of the small batch and it’s 75% corn and 25% rye. The rye gives it the spiciness and corn gives it the sweetness. It would take several bourbons before I’d learn that I really enjoy a higher rye mashbill because of the spiciness (I enjoy spicy foods, so this is no surprise). 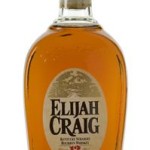 Elijah Craig is named after the Reverend Elijah Craig, who claimed to have invented bourbon whiskey by being the first to age it in charred oak casks. I say claimed because there’s really no proof and Heaven Hill, the manufacturer, uses that claim in all of its marketing to the chagrin of everyone else in the world. 🙂

No matter what you think of history, the Elijah Craig 12 is 47% alcohol and easy to drink. It won a Double Gold Medal in the 2008 SF Spirits Competition and one of my favorites. It’s also really affordable, you can probably find a bottle of less than $25.

This last one is technically not a bourbon because a bourbon must be at least 51% corn.

Bulleit Rye is 95% rye and 5% malted barley. If you want spicy, this baby is spicy because it’s practically all rye.

One Glaring Omission (or four)
One company I want to put on this list but can’t is Buffalo Trace. Arguably one of the most well regarded bourbon distilleries, Buffalo Trace didn’t make my list not because I don’t like them but because I haven’t had enough of it.

I’ve enjoyed Eagle Rare once (it was solid) and a glass of Pappy Van Winkle 10 (it’s not the one that goes for thousands of dollars… and it was delicious) before but that’s about it – not enough to think of them in my list of favorites.

In the coming years, I hope to learn more and expand my experiences… and make this list much better. 🙂