It’s very difficult to mass categorize the wonderful spirits of Scotland’s myriad collection of distilleries but if one were forced two, the easiest buckets to put them in are based on smokiness. On one side, we have the heavily “peated,” smokey stylings of Scotch produced on the island of Islay. On the other, we have absolutely no smoke and no peat and the most popular area for that is a toss up between the Highland region and Speyside. 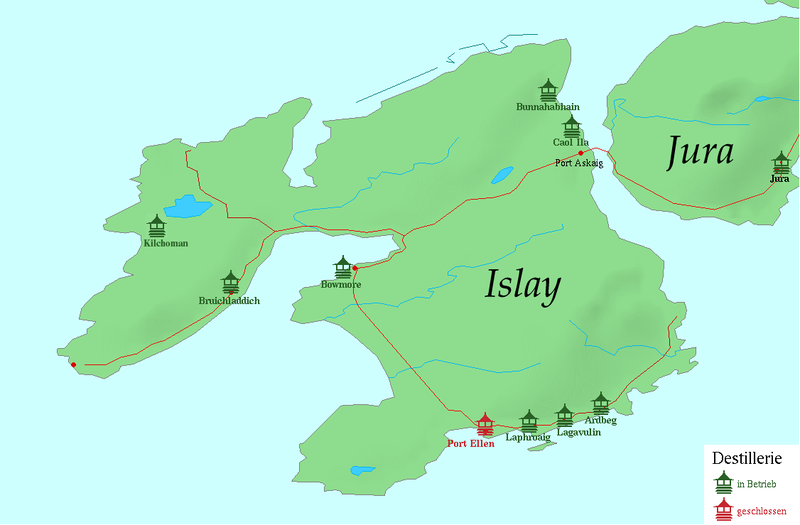 Islay, Old Norse for Yula’s isle, is the home to such popular distillers as Laphroaig, Lagavulin, and Ardbeg. The distilleries are located on the coasts, with the most well known found on the southern end (including all those named). In all of Scotland, peat was the most plentiful source of fuel to roast the barley until the 60s, when better technology came around. Other areas converted to the newer technology. They are marked by a strong smokiness and peat character because they never converted to another fuel source, citing tradition.

Peatiness is a measurable characteristic and often calculated as parts per million (PPM) of phenol. Ardbeg is often considered the most peaty of all Scotch, including the Islays, and is a produce of Glenmorangie, which is a distillery better known for its own namesake Scotch distilled in the Highland region. The standard bottling of Ardbeg has a 50-60 ppm and they have a cask strength “Supernova” bottle (58.9% ABV) with a 100 ppm phenol count.

Speyside, which is regarded as the area around the river Spey, scotch distilleries number in the several dozen. On a recent trip to the region, we passed a sign (or two or three) for a distillery every few minutes. The area is packed full of distilleries because many once tapped the river as a source of water, one of the critical ingredients in the production of Scotch. The Glenlivet and Glenfiddich, two of the best selling scotches (and The Macallan, one of the best known), hail from the region.

After the conversion to another fuel source in the 1960s, scotch dropped its peatiness and smokiness, which allowed other flavors to “get through.” If you read the tasting notes of various Highlands and Speysides, you’ll note a heavier emphasis on fruit notes and other complementary flavors like nutmeg and vanilla. Those flavors are often masked by smoke, which is why they are rarely used to describe Islays (or when used, are not emphasized).

Both styles are fantastic and the one you choose should depend on your mood. It also makes it easier to buy a gift for someone if you know which one they prefer. I am a fan of both “buckets” but sometimes people prefer one over the other (I know people who hate islays and those who think Speys are “boring”), so this can help you decide what to buy!

9 thoughts on “Islay vs. Speyside Scotch”