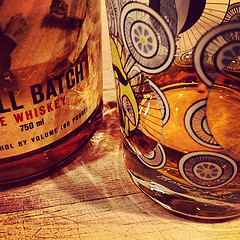 Are you a fan of Templeton Rye?

Did you know it’s not distilled in Templeton, Iowa?

If you’re wondering why this is a big deal, you have to consider the backstory (and marketing) to Templeton Rye.

Back during the Prohibition Era, farmers in Carroll County, Iowa would make rye whiskey to make some extra money. It was very high quality and thus popular in the speakeasies of major nearby cities like Chicago, Omaha, and Kansas City.

Templeton Rye made the claim that it is based on a “Prohibition Era Recipe.” Specifically, it’s supposed to follow the family recipe of co-founder Keith Kerkhoff.

One problem… it doesn’t.

In fact, it’s a stock rye recipe and it’s not even distilled in Iowa! (it’s distilled in a factory distillery in Indiana, transported to Templeton, IA where it’s blended – source).

Well, that upset a few folks and they sued. I’d be upset too if I thought I was getting an old family recipe and was actually just getting a fancy (inaccurate) label.

Templeton settled and will remove the words “Small Batch” and “Prohibition Era Recipe” from the label and include “Distilled in Indiana.”

They will also provide a partial refund.

If you purchased any Templeton Rye since 2006, you can get a refund of $3 per bottle up to six bottles if you don’t have proof of purchase. If you do, you can get $6 per bottle, up to six.

A judge granted preliminary approval on July 21st, 2015 and to file your claim online, visit the settlement website.

You must file your claim before November 18th, 2015 to be included. 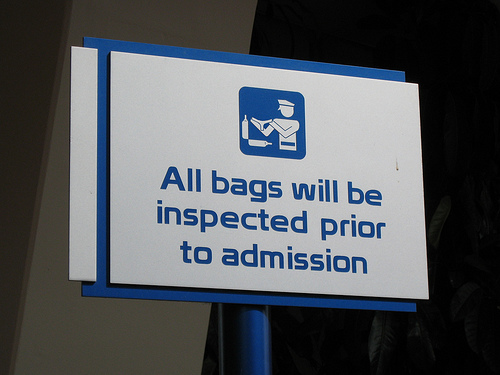 Whenever I fly internationally, which isn’t very often, I always make it a point to visit duty free.

The selection in duty free is always cheaper and sometimes varied enough that you can find some gems you’ve never heard of. About ten years ago, that’s how I discovered Jura.

On the most recent trip, from Shanghai to New York’s JFK Airport, I made sure to buy a few bottles in the duty free in Shanghai’s Pudong Airport. After I made my purchases, I stuffed them gingerly in my carry-on (which I made sure had room for a few bottles!) and hopped on the plan for my awesome fifteen hour flight.

The flight itself was fine, except our one year old son didn’t sleep at all, but when we landed in JFK we had to transfer for our final leg to Baltimore.

We went through customs and were led to a huge room with a bunch of folding tables. Our checked luggage was waiting there because we would have to transfer all of our duty free bottles from our carry-on luggage to checked luggage!

It wasn’t a big deal, just a minor hassle, but it always stuck out in my mind as being… silly.

If this happened to you, it’s because of the TSA but it won’t be happening for long.

Personally? I’ll still check it. It would be horrible for some overzealous TSA agent to not clear that bottle of Macallan 25 because, well, they’d rather confiscate it. 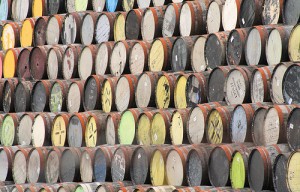 Bootleg whisky shouldn’t be a problem, but it is. Any time you have something of value, you’ll have fraudsters and thieves try to counterfeit it in order to make a quick buck. This is especially true if it’s a scotch you’ve never had (if I see a whisky I’ve never tried on the menu, chances are I’ll get it). If someone gives you a Glenlivet 12 when you ordered a Glenlivet 18, chances are you wouldn’t know if you never tried the 18 before (and especially if you had a few other beverages). Seasoned veterans will note the differences because the two are very different but probably wouldn’t complain about it because, let’s be honest, who expects a restaurant to scam them like that?
END_OF_DOCUMENT_TOKEN_TO_BE_REPLACED

Several years ago, I visited The Scotch Whisky Experience in Edinburgh and was introduced to something I’d never heard of before – The Macallan Amber. We didn’t take the Experience tour, we simply ate at the restaurant, and the waiter suggested something that was novel at the time – whisky “balanced” with maple syrup and pecans. You could drink it straight or enjoy one of the desserts that used it as an ingredient. My friend, who wasn’t big on whisky but loves to try new things, got a glass and I sampled it.

On its own, without knowing what to expect, it’s not bad. It’s very nutty because of the pecans and extremely sweet because of the syrup. As whisky, I found it terrible. The sweetness and the pecans just didn’t do it for me. I could see how it could be used to make a fantastic syrup or component of a dessert. As a drink, I’d pass. I wasn’t alone because it was discontinued.

Flavored whisky, as a trend, is not stopping. There are several American whisky producers jumping on the trend (Jack Daniel’s Tennessee Honey, Jim Beam Red Stag, and Wild Turkey American Honey) but until recently proper scotch distilleries have held back… until now.

Now before you call my blog post title elitist snobbery, I don’t look down on flavored whisky. It’s also an issue of semantics and the Scotch Whisky Association believes that under European Union law it can’t be sold as “scotch whisky.” It’s a “spirit drink” since it’s not just scotch whisky, it has other components. So even the lawyers are involved!

Personally, I know I don’t like my scotch flavored with anything so I’m doubtful these would appeal to me. That said, I’m always open to new things and willing to give anything a try just once. You won’t know if you like it until you try it. 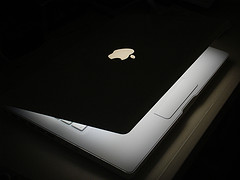 If you’ve ever tried to buy alcohol online, such as wine, you’ve probably run into the myriad of alcohol shipping laws that govern how much, if any at all, alcohol an individual can get shipped to their home. USA Today published a great recap in 2005 looking at each of the fifty states and how the laws governed direct shipments of alcohol from sellers to consumers. Wine Spectator has a more descriptive article on the subject, also from 2005, and the New York Times has one dated 2008.

Here is the listing for my fair state of Maryland:

Out-of-state wineries can purchase a permit to ship wines that are not available through an alcohol distributor in Maryland. The wine must be shipped to a licensed Maryland retailer.

So for me to receive wine from California, it has to first be sent to a liquor store!

What about New York, where I grew up?

In-state wineries may ship or deliver directly to consumers. In February, a federal appeals court upheld the state’s ban on direct shipping from out of state. The U.S. Supreme Court has agreed to consider an appeal.

After a court struck down Virginia’s ban on direct shipping, the state legislature rewrote the law. Out-of-state sellers with a wine shipper’s license now may ship up to two cases to a Virginia resident per month. Sellers must pay excise taxes.

… and the loosest local law, DC:

Direct shipments of up to one quart a month are allowed.

If you happen to live in a state with loose laws, consider yourself lucky!

We are a participant in the Amazon Services LLC Associates Program, an affiliate advertising program designed to provide a means for us to earn fees by linking to Amazon.com and affiliated sites.
×
Want a free scotch gift guide?
(and updates from the blog?)
We'd like to send you our whisky lover's gift guide, which can help you find the perfect gift for the Scotch lover in your life!